This punch bowl drink is a doozy. Tink orders it during a sabacc game at a casino in Episode 10. It’s green and red and served in a gigantic glass and was a pain in the ass to make.

Why was it a pain in the ass to make? 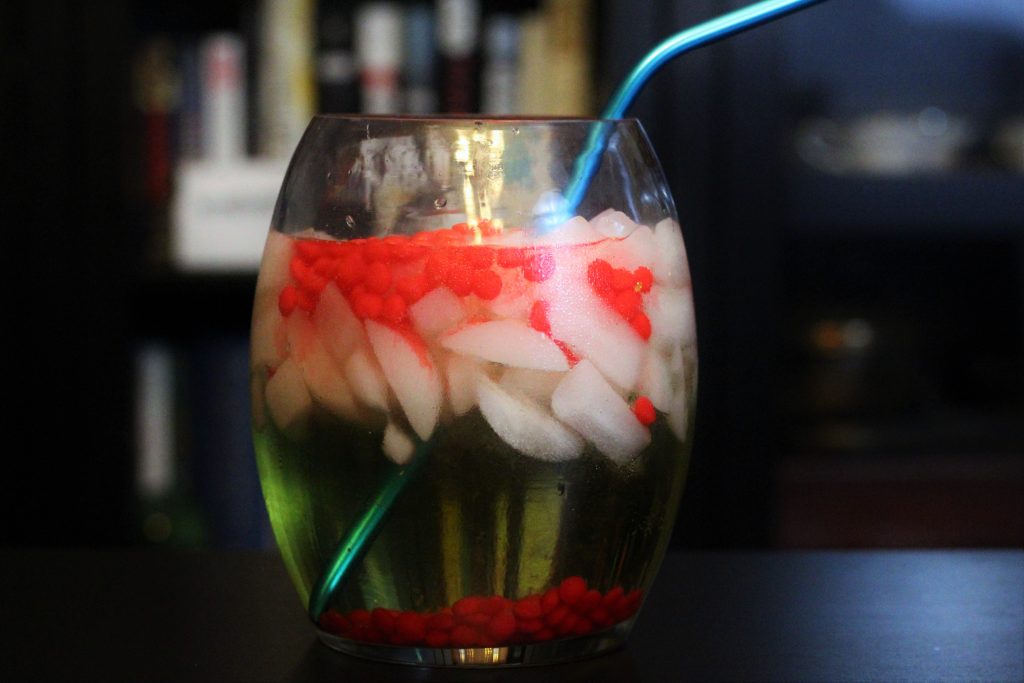 Because none of us had glasses big enough to make this drink. I had to find a vase in the back of my closet and wash it about forty times before feeling safe about using it.

After that it was pretty easy. A ton of bright green apple schnapps, a bit of clear cinnamon schnapps, a glug of apple juice, a hearty pour of ginger ale, and then a smattering of red candies. 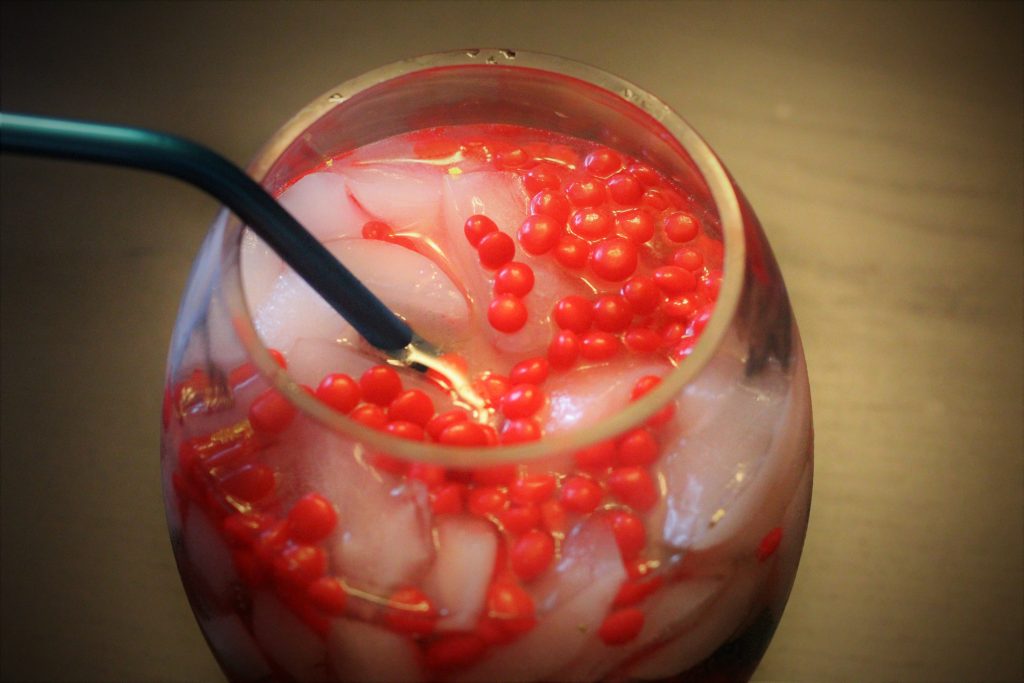 The Green Extermination and it’s candies

Our grocery store was out of both of our first two choices, Red Hots and Hot Tamales, but they did have some generic “hot cinnamon candy dots”. They worked perfectly… for about five minutes. Then their candy coating began to melt and started turning the old drink red. 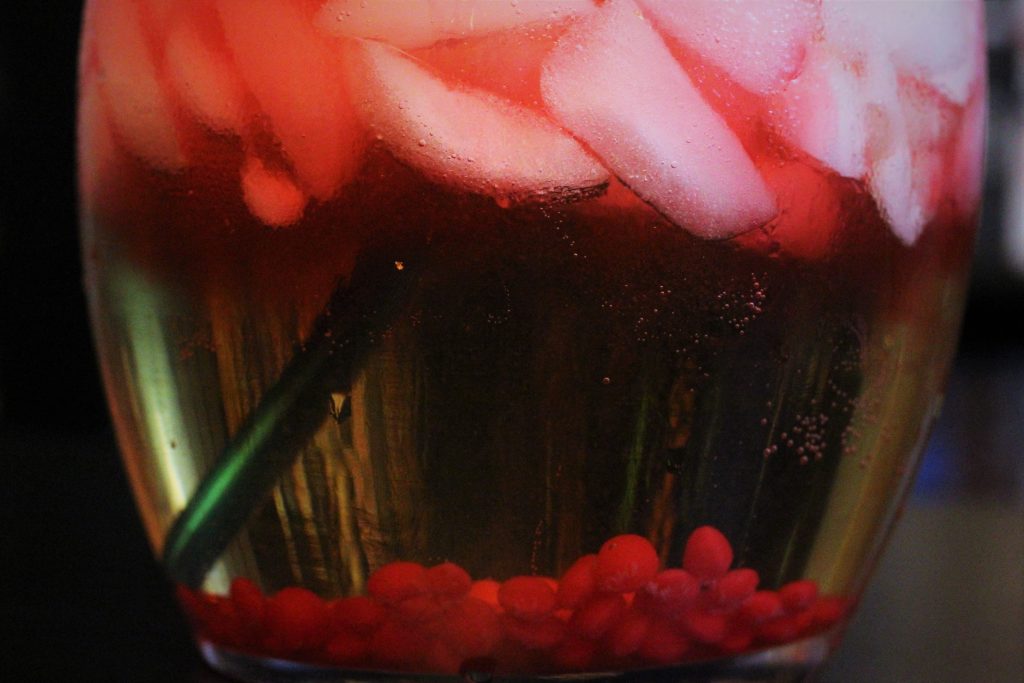 As you can see, the red had started leaking

Because of that, we find it’s best to add the candies right before serving. The Official Tabletop Squadron Taste Testers (Nick and Hudson) found that in addition to the color change the flavor of the drink changed over time as well. It became slightly sweeter, and had more of a cinnamon bite. They both said they enjoyed this drink at all of it’s stages.

In a large punch bowl or vase combine both schnapps, and apple juice. Fill with ice, and then add the ginger ale until the container is full. Toss a handful of the red candies on top.